AFAIK, even if i’m not fully onboard on V14 with my Waves Products, I should be able to use Studio Rack’s VST3 support feature. (In fact, I once could but again after an update /system cleanup it disappeared).

What Am I missing here? 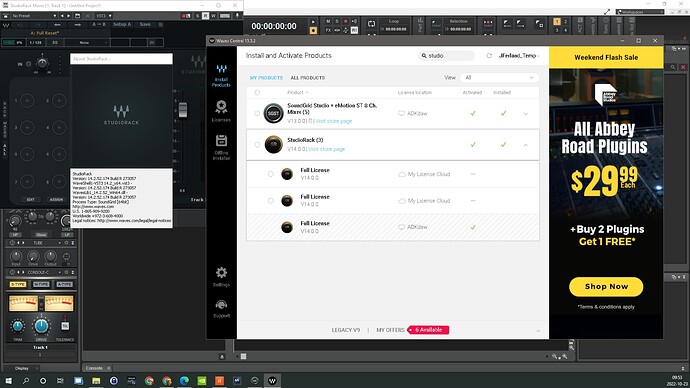 I have noticed that too. All my version 14 plugins are v14.0.0. I have 23 full license plugins with them all saying they are version 14.0.0 in Waves Central with Waves Central being version 13.3.2

I just think the developer is being lazy to not actually assign the numbers.

It would be nice for them to assign the appropriate version numbers because I have to sometimes take screenshots to prove I own a specific software when sending off my music.

You would think, paid software, would be more professional in appearance.

The Waves Central Indication of Studiorack is per its license versions V14 is the latest license available.

The studio rack Installer version which you show in the second image is different then the license
versions and is indeed V14.2.52.

If you are not able to load non-Waves VST3 through Studiorack I suggest verifying those plugin licenses and installation.

If you experience any issues scanning or the option not being available as you mentioned please reach out to our Tech team for a quick resolution.

Have a great day