My first post. I hope it’s in the right subforum. I am an amateur mixer.

I am working on a mix and on many individual tracks I am using NLS as well as Scheps Omni. I understand one of the benefits of NLS is the ability to choose different consoles, but I was just wondering if the Scheps Omni Channel already has a console emulation in the input section.

I know that “if it sounds good, it is good”, but am still seeking opinions on how more experienced people view this.

Actually, the Omni desert emulate any desk in particular. The idea was to take the concept of a channel strip and modernise it. I like to think that if they were to build an ultra modern desk these days it’s strips would result in something very similar to the Omni.

It doesn’t emulate the subtle differences between each channel strip in a mixing console. It does give you some very flexible saturation tools, but it doesn’t do that. But thats a good thing because you can use NLS to supplement it. You could even set it up as an Insert inside Omni by default.

I have a good answer for you, as I recently investigated to see if it was still worth using NLS since I use Scheps Omni Channel on every track.

If you run a 100hz or 1khz sine wav through NLS you can see the harmonics it produces if you use something like PAZ Analyzer (or Voxengo Span which is free, and higher resolution.) Note that it helps to expand the range down to -144db when evaluating harmonic distortion because sometimes plugins to low-level changes which you won’t see if your analyzer cuts off at 90db or something.

However, if you look at the PHASE and balance, you’ll see that NLS also adds individual variation in those aspects, too… And that’s part of why a mix through NLS can sound “wider” — because some of the channels actually alter your panning and phase a little, and those little additions add up!

You don’t get that individual variation in Omni Channel, obviously…

What you DO get, though, is harmonic distortion.

You can get it through Saturation in the preamp. Even or Odd. (Heavy is strange and I can’t explain what it’s doing.) The saturation in NLS, though, is a combination of even AND odd.

But here’s what many people do not know:

It is SIMILAR to NLS’s harmonic distortion. Not the same, but similar.

You get harmonic distortion with the VCA compressor, too, but LESS – it’s a much cleaner compression, it only happens when you compress. You don’t get it just by turning it on.

The bottom line is, I turned on the FET compressor in my default setting and I use it on every channel. It’s close enough and it speeds up my workflow… but I don’t get the subtle panning/phase variation that you can get through NLS. This ensures I’m always getting that by default.

Does that mean you don’t need NLS? No, it just means get Scheps Omni Channel first! =)

I would love to see another iteration of Scheps Omni Channel with the addition of per-channel variation. Plugin Alliance offers that with their “TMT”, but I prefer Waves’s offerings overall and that’s why I’m here. (I should note that when I evaluated “TMT” the randomization was nice, but it was subtle compared to NLS. Since NLS wasn’t just random, but based on real specific channels in actual mixers – some of the channels are practically broken, which is actually very cool! You don’t get that with TMT.)

Anyhow, hopefully that answers your question. Definitely learn to analyze running sine waves and pink noise through your plugins (and phase analysis) to see what they’re doing!! It definitely helps to know.

For example, if you use a bunch of analog emulation plugins back to back it’s going to stack the effect. So in a case like that you might want to use RComp when you need an additional compressor because it actually doesn’t color the sound at all, etc…

Thank you for the detailed response. I will check out how the compressors in Omni Channel color the sound.

Some solid info there man, thanks.

Okay guys, I waited WAY too long to buy Plugin Doctor. I discovered that the harmonics added with the FET and OPT compressor in Scheps Omni Channel is VERY similar to preset 1 of NLS Channel Spike, Drive 10. 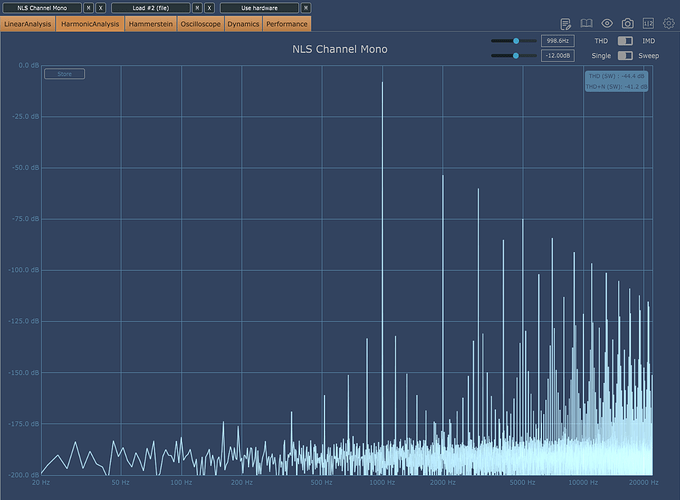 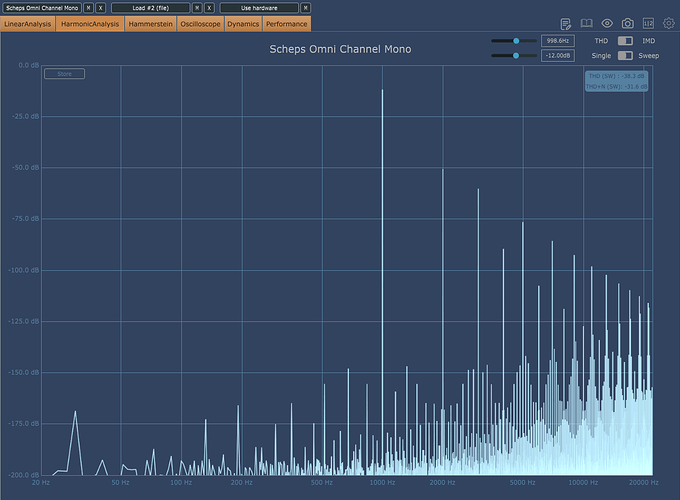 Please note that while these two are very similar, this is just one of 96 variations in NLS, so Omni Channel isn’t a replacement for NLS. Also, NLS gives individual channel variation in multiple ways (minor harmonic, phase, eq variation)

While OPT and FET use (almost) the same harmonics, VCA is different. There is less – and unlike FET and OPT, when you dig in with the VCA compressor you get MORE harmonics, not less.

That’s interesting. Although the sidebands around the main frequencies seem to be bit different, more reduced actually. SO that would also contribute to a slightly different sound.

For sure! It’s not an exact match, but if you compare it to all the other NLS channels (which are more different) it’s very close compared to those.

It’s close enough that it can’t be an accident. I’d love to know the behind-the-scenes of Omni Channel, how they arrived at that particularly harmonic distortion.

I’ve tried many channel strips… There’s a couple of others I like in addition to Omni Channel just to vary things up, but I can’t find anything that dethrones SOC as the king of channel strips.

Regarding harmonic distortion and saturation… I’m finding that using a combination of saturation/compression/limiting throughout the mix at various stages to work like magic in terms of making a mix glue together. On tracks, submix busses, and then the master bus.

I never liked the overly pristine super clean sound of digital since moving to in-the-box, and this stuff gets me closer to the sound I’m going for. It has taken me a couple of years, but I’m just now getting there.

I really love the way SOC can do a bit of saturation, compression, and limiting all in the first stage. That first stage goes a long way to taming “that digital sound.” I really love it.

I’m bothered they left one knob pixelated in the HiDPI update, though!!! I know it doesn’t matter, but in an otherwise flawless channel strip, that irks me!

What may have happened though, is whatever thy did, an SSL device might have been part of the signal chain. It’s hard to say though, because it’s not like anything was emulated, but emulations were like the starting point, and then it evolved into so,etning quite unique from that.